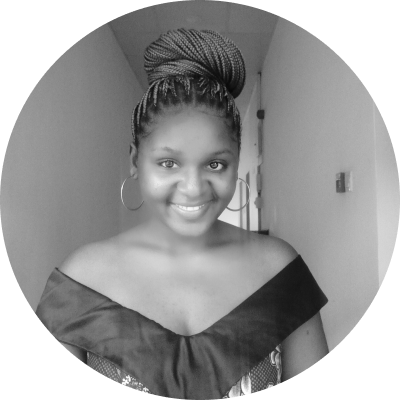 How to Process Large Files with Node.js

Have you ever run into problems while trying to process huge files in your Node.js application? Large files can overtax your available memory and slow down your workflow to a crawl. Rather than splitting up the files, dealing with multiple errors, or suffering through a time lag, you can try using streams instead.

This tutorial will demonstrate how to read, parse, and output large files using Node.js streams.

What Are Node.js Streams?

The Node.js stream feature makes it possible to process large data continuously in smaller chunks without keeping it all in memory. In other words, you can use streams to read from or write to a source continuously instead of using the traditional method of processing all of it at once.

One benefit of using streams is that it saves time, since you don’t have to wait for all the data to load before you start processing. This also makes the process less memory-intensive.

Some of the use cases of Node.js streams include:

For this tutorial, you’re going to use Node.js streams to process a large CSV file.

For sample data, you’ll be using New Zealand business statistics from Stats NZ Tatauranga Aotearoa. The data set linked above contains geographical units by industry and statistical area from the years 2000 to 2021.

Once you’ve downloaded the zipped file, extract the CSV file and rename it to business_data.csv.

You’re going to read this file, parse the data, and output the parsed data in a separate output file using Node.js streams.

First, set up your project. Create a folder called node-streams to contain all the files you need.

In your terminal, run this code:

Change your working directory to the new folder:

Next, create and open a file called index.js:

Make sure your CSV file is saved in your working directory. If it’s not, you can move the CSV file from its saved location into the node-streams folder using this command:

Next, install the fs and readline packages. The fs module will give you access to the read and write functions of the file, while the readline module lets you receive data from a readable stream one line at a time.

Use the command below to install the packages:

The fs module has a createReadStream() function that lets you read a file from the filesystem and print it to the terminal. When called, this function emits the data event, releasing a piece of data that can be processed with a callback or displayed to the terminal.

In the index.js file you created earlier, copy and paste the code below:

In the above code snippet, you import the fs module and create a function that reads the file. In the read() function, you initialize an empty variable called data, then create a readable stream with the createReadStream() function. This latter function takes two parameters: the file path of the file to be read and the encoding type, which ensures the data is returned in human-readable format instead of the default buffer type.

The lines that follow handle the necessary events. The error event checks for errors and prints to the terminal if there are any (for example, if a wrong file path is sent), the data event adds data chunks to the data variable, and the end event lets you know when the stream is completed.

Run the code with this command on the terminal:

If you check the terminal, you’ll see that the reading has been completed:

Next you’ll parse the data, or transform it into a different format, so that you can extract specific information on geographic unit counts in certain years.

Import the readline module at the top of the file:

Overhaul the read() function as shown below:

In the above code, you use the readline module to create an interface that enables you to read the standard input from your terminal line by line. Then you bind three event listeners to the interface. The line event is emitted each time the input stream receives an input with a callback function. In the callback you extract the year and geographic unit count, and increment the counter variable each time it encounters a line record from 2020 with a geographic unit count greater than 200.

The error event outputs the error message in case there is one. Finally, the close event displays the result of the line event callback in the terminal.

Run the code with the node index command. You should see something like this:

There are several ways to output your parsed data. You used one option earlier when you logged some parts of the data in the terminal. A better option, though, is to save your output in a separate file. This way, the data is available even after you’ve closed your terminal.

The Node.js fs module has a method called pipe() that lets you write the result of a read stream directly into another file. All you need to do is initialize the read stream and write stream, then use the pipe() method to save the result of the read stream into the output file. Just think of it like a pipe passing water from one source to another—you use pipe() to pass data from an input stream to an output stream.

To implement this method, copy the following code and paste it into your index.js file below the readAndParse() function:

Run the code again with the node index command. You should see something like this:

You’ll see that a business_data_output.csv file has been created and that the data in your input file (business_data.csv) is replicated in it.

Node.js streams are an effective way of handling data in input/output operations. In this tutorial, you learned how to read large files with just the source file path, how to parse the streamed data, and how to output the data. You’ve seen firsthand how streams can be used to build large-scale, high-performing applications.

Follow @statefulhq on Twitter for new developer content. Also, if you're a VS Code user you should checkout these extensions: Runme (transform Readme's into runnable notebooks), and Marquee (the open source homescreen that helps you stay organized).