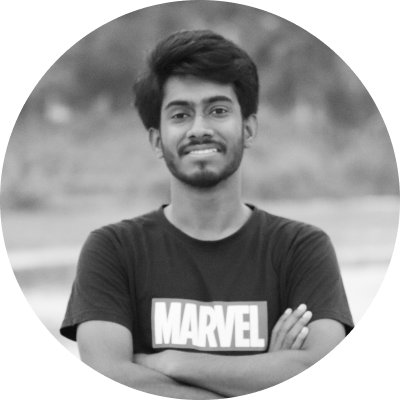 One of the crucial steps of building robust applications involves creating better tests. JavaScript testing frameworks like Jest are trendy, but they’re primarily focused on testing the frontend’s ecosystem. Writing backend tests with Jest or similar testing frameworks results in a poor experience because these frameworks are slow and often come with a lot of complexities.

The Japa test runner was created to solve these issues. It’s a small, lightweight, API-first testing framework for Node.js applications. Writing tests with the Japa test runner is simple. It’s fast, and it doesn’t require any transpilers to transform the source code.

This article will help you understand the Japa test runner so you can use it to write your Node.js API tests more easily and quickly.

Why Do You Need Japa Test Runner?

The Facebook-backed Jest has become an integral part of the JavaScript ecosystem, but it and similar frameworks can unnecessarily add to your overhead when testing backends. The Japa test runner for Node.js, meanwhile, is focused on API testing and a better choice for backends.

With the Japa test runner:

Additionally, Japa’s CLI includes clear visuals and formatting, and it can easily be used with ESM and TypeScript.

Now that you have the basics on the Japa test runner, read on to see how it works.

The Japa Test Runner in Action

There are many reasons why the Japa test runner is better than your typical testing framework. In addition to being built with Node.js API testing in mind, Japa is also heavily extensible. Not only can you create plug-ins and reporters for your testing, but you can also extend Test, TestContext, and Group classes for other behaviors.

Installing Japa for your API is simple. The installation command asks you to configure the test runner depending on your needs. To initialize Japa, run the following command on your application terminal:

The above command will walk you through the configuration process for the runner. The @japa/assert library is based on the Chai.js assert package, but differs from it. To see the available functions, check the documentation.

The @japa/expect library is a wrapper around jest-expect. This is helpful when you need to check whether the value meets a specific condition. Check the jest-expect documentation for the available functions.

To run the tests you created, use the node bin/test command from the terminal.

The following are some of the more important features of Japa.

Japa supports setting up test groups and timeouts. To set up test groups, you can use the test.group method. It takes in two parameters. The first is the group title, and the second is a callback function to define within the group’s scope.

Below is an example for using test groups:

The above code runs two simple tests. The first checks the sum of two numbers, and the second checks for square values. The test.group method groups both tests.

You can also disable timeouts. To do this for a specific function, use either timeout(0) or disableTimeout(). They’ll work the same way.

Data sets allow you to perform specific tests multiple times with different data. They can contain variable data; for example, an email field may have other formats of email. It’s essential to check an email field with multiple types of data.

Japa allows you to define different data sets for such use cases. The with function can be used to specify multiple data.

You can see how different types of data are defined from the above example.

You can also fetch data from a file or database by passing a function inside the with method that returns an array.

You can organize tests by using test suites. Japa allows you to create separate suites for functional and unit tests, and you can keep the tests in different subdirectories. You can configure the test configuration file to run the tests depending on your folder structure.

Using the configure function, you can define suites for further testing.

As noted earlier, you can choose between the @japa/assert or @japa/expect assertion libraries.

You can use different layers of filters to run specific tests in Japa. You can filter tests by test title, group title, file names, and test tags. You can either use the CLI to filter the tests or manually configure them.

Here’s an example of configuring the tests manually:

You can also pin tests in Japa using the pin method. Pinning a method is simple:

You can use reporters to display the progress of tests. The spec reporter allows you to show detailed reports of all the tests in the terminal. Install the spec-reporter plug-in by running the command npm i -D @japa/spec-reporter and then configure it by adding reporters: [specReporter()] in the configuration file. You can read more about the spec reporter from the documentation.

Japa’s CLI, which shows pretty diffs and formatted error stacks, makes it easier to view errors and understand tests. You can also filter your tests from the CLI if you’ve configured the Japa config file properly. Support for Plug-Ins and Reporters

You can create custom reporters and plug-ins in Japa to extend its functionalities. Plug-ins run early in the lifecycle of the tests. When defining a custom plug-in, you pass in a user-defined config, the runner instance, and an object of the extensible classes. Below is an example of a simple plug-in:

The Japa documentation offers more details on this process.

The Japa Node.js test runner offers a quick, easy way to test your backend without spending a lot of time and work on setup. Not only that, but you have multiple options for configuring Japa to best meet your use case. You should now have a good sense of how Japa can work for you, but for more details, check the Japa documentation.

If you want more developer articles like this you can follow @statefulhq on Twitter or find us on Discord. Also, if you're a VS Code user you should checkout these extensions: Runme (transform Readme's into runnable notebooks), and Marquee (the open source homescreen that helps you stay organized).