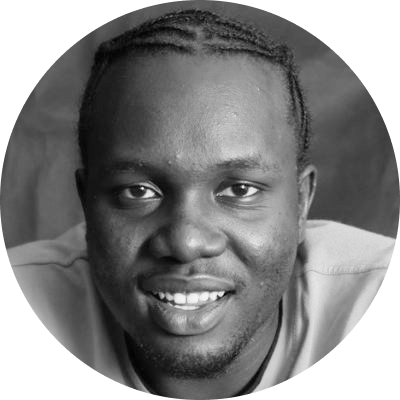 5 Deno Runtime Projects You Should Try

Deno is a new JavaScript runtime that was created because of insufficiencies found in Node.js. Since its debut in 2020, Deno has expanded to include several runtime projects that take advantage of its robustness as both a secure runtime and package manager.

If you're not familiar with Deno's runtime packages, they're very similar to the packages found in Node.js and help you build robust Deno applications.

In this article, you'll learn about five Deno runtime projects and look specifically at their performance, deployment and hosting, testing capabilities, and database connectors.

As previously stated, Deno is a JavaScript runtime with relevant security enhancements compared to its predecessor (Node.js). Deno can't access your file system, network, or environment variables without your permission.

Its philosophy is centered around increasing developer productivity, and it ships with a built-in package manager, which means you don't have to install one to manage project dependencies. Deno also allows you to install and use packages from several sources with minimal effort; all you need is a URL that retrieves the lodash identity function from the skypack CDN:

In addition, Deno provides a test runner for evaluating tests, a task runner for executing tasks in a console (as you would with npm scripts), and a benchmarker for checking the performance of your code. To learn more about what's available with Deno, check out this list of built-in utilities.

The first notable Deno project in this roundup is DenoDB, an object-relational mapper (ORM). With DenoDB, you can interact with MariaDB, MySQL, PostgreSQL, SQLite, and MongoDB, leaving you with lots of database options to integrate into your application.

DenoDB, similar to any other ORM, is model-oriented. It conditions you to define your database entities (tables and queries) as models that are objects with which you can perform create, read, update, and delete (CRUD) operations. Following is an example of a model created with DenoDB:

The fields are automatically mapped to column names in the table, allowing you to leverage convenient TypeScript code to execute database queries:

However, DenoDB improves on this model idea by allowing you to program event listeners into your models.

Model events are triggers for arbitrarily defined actions that Deno can listen for in order to execute custom code during and after the creation, deletion, or modification of database records. For example, if your goal is to send an email to your user, notifying them when they make changes to their account, DenoDB lets you specify the update (your email function) in an event listener:

For more information about DenoDB, check out their official documentation.

Fresh is a full-stack framework for writing server-side rendered web applications in TypeScript on top of Deno. It requires developers to use Preact and JSX to implement its islands architecture, which lightens the JavaScript rendering load of the browser in a process known as partial hydration. Less JavaScript means lower page load times and, ultimately, more performant web pages.

Fresh implements file-system routing, where each route is defined as a file in the routes directory. Routes that render HTML are defined as a JavaScript or TypeScript module that exports a JSX component:

Fresh sends mostly static HTML to the browser with little to no JavaScript. The framework only ships morsels of JavaScript in placeholders for dynamic components in static markup; and the small amounts of JavaScript that Fresh sends are easy to hydrate (ie render with appropriate dynamic event handlers) if the need arises. It's typical of the browser to handle the dynamic JavaScript components defined in Fresh's Preact separately from the markup they are subsumed in. As such, components written in Fresh are rendered in accordance with islandesque isolation.

Such components are stored in a special islands directory. Following is an example of an island component taken from the docs:

These can be used just like any other component, and Fresh will take care of mounting it client-side with the correct props.

Applications written in TypeScript with Fresh can be deployed to the edge with Deno Deploy, which you'll learn about next.

If you want to deploy Deno applications, Deno Deploy is a project worth considering. The brainchild of the Deno core development team, Deno Deploy is a fast, modern deployment tool for Deno applications that leverages a managed distributed server architecture. With Deno Deploy, you can make your JSX, TypeScript, JavaScript, and WebAssembly projects publicly accessible to the rest of the internet via mirrors in multiple global locations.

Deno Deploy offers a seamless deployment experience, and in under a second, you can publish your application with a single URL (and minimal configuration boilerplate). Out of the box, it supports HTTP/2, WebSockets, WebAssembly, TypeScript, JSX, and the fetch API.

Deploying on Deno Deploy is simple due to its Git integration. Simply push a commit to a connected GitHub repository, and a new deployment will be created.

For more information on Deno Deploy, check out the docs.

Testing HTTP is a vital part of web app development to ensure that the app works correctly without errors, but it can be a daunting job due to the complex nature of HTTP request-response architecture. SuperDeno provides a testing API that can ease the job of HTTP testing.

SuperDeno is an HTTP testing assertion library that runs on top of and alongside superagent, a JavaScript AJAX HTTP client that's compatible with Node.js. If you've heard of SuperTest, an HTTP assertions library for Node.js, SuperDeno has many similarities, including the API structure and the fact that they're both based on a superagent:

SuperDeno provides a fluent assertions API for testing HTTP requests and is interoperable with several testing frameworks, including those built into Deno and Opine.

One of the more useful properties of SuperDeno is its ability to bind an inactive server socket port to a temporary one, which allows you to test one or several endpoints on demand. This feature can be especially useful if you're testing a server you intend to roll out since SuperDeno doesn't require any significant configuration boilerplate and doesn't track any of the ephemeral ports it assigns to your server. For more information on testing servers in Deno, check out SuperDeno's official docs.

The last project on this list is Command and Conquer (CAC), a tool for building a command line flavor of JavaScript applications. It offers an API for parsing command line arguments passable to an executable JavaScript file as well as functions where you can format console output:

CAC is especially useful for parsing arguments expressed in dot notation and is worth considering if your aim is to offer users aesthetically pleasant console interfaces.

Check out the CAC docs to get started with building console applications in Deno.

In this article, you learned about five different Deno tools you can integrate into your workflow to build and test web applications with ease.

With Fresh and DenoDB, you can write performant full-stack applications capable of retrieving and modifying data persisted in a database. Super Deno lets you write performant tests for HTTP requests defined within your project, and Deno Deploy provides a convenient means of publishing your applications to the web. Finally, CAC eases the process of writing applications destined for the console.